I am always on the lookout for a fantastic toy for my friend’s children.  I love to be the one who takes the gift that ends up being the recipients favorite!  I was so excited when I stumbled upon a demonstration for Marshmallow Guns at a store recently!  I got to meet the inventor who told me that it was truly invented in desperation!  It was the night before their son’s birthday party and they still didn’t have an activity for the kids or a party favor for any of them.  They went on a shopping trip to Home Depot and got a few things.  When they got home they started messing around with the pvc pipe they had purchased and some marshmallows and the Marshmallow gun was invented!  It was such a hit that they decided they needed to take it the world!  They have won countless awards and have tons of products now! 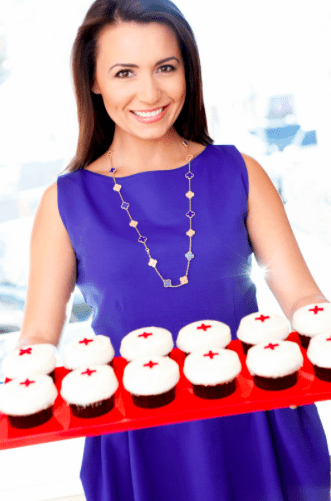 Every inch of @kbshowhouse Dallas was inspiring!

I’ve been anxiously awaiting the arrival of this

My tablescaping hobby has transformed in an on-lin

So much fun collaborating and getting creative wit

@bigmommaschleg_ found the most amazing hydrangeas

Stella is headed back to Dallas! If you have ever